HUGO BOSS sponsors a selection of golf’s established stars and emerging talents from around the world. Wherever they play, they demonstrate precision, skill and style. Meet our golf pros, learn about their successes, and take a look at their sartorial choices from the Premium Golf Collection, plus our collection of tailoring.

Captured here in bold new shirts from the new golf collection, Henrik Stenson has long been one of the globe’s top golfers, ending the last three years in the world top five. But his all-time career-defining moment was being named 2013's European Tour Golfer of the Year, as the first to claim the USPGA Tour’s FedEx Cup and the European Tour’s Race to Dubai in the same season.

A sharp silhouette for a seasoned professional, golfer Martin Kaymer stands out in pieces from the Martin Kaymer Collection, his own collaboration with BOSS. The former world number one and two-time major winner has claimed 11 tournament victories globally, and has made three appearances at the Ryder Cup, helping the European team to victory every time. 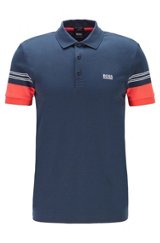 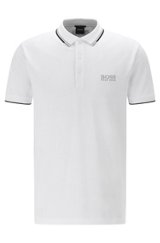 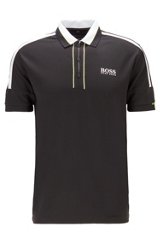 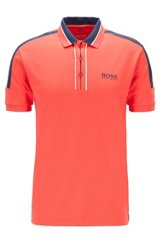 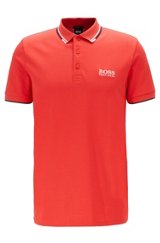 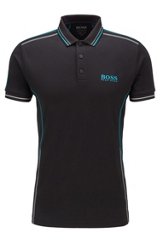 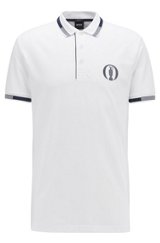 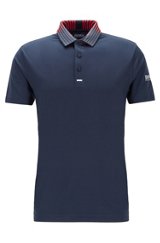 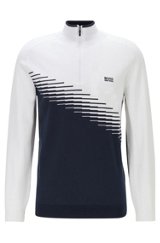 Style on and off the green

Haydn Porteous brings fresh colour to the course, wearing new polo shirts crafted from innovative recycled fabrics. The South African golfer began his professional career in 2013, since then he has placed in top 5 eight times, and won two European Tours, a Sunshine Tour and a Challenge Tour. 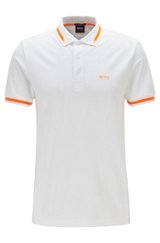 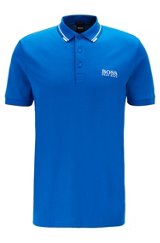 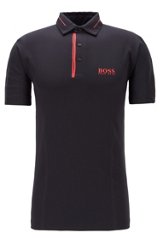 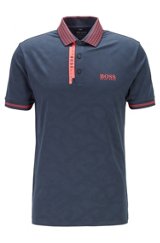 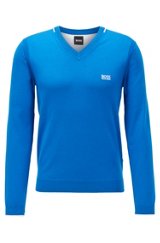 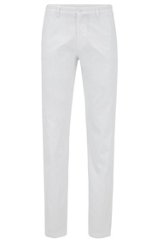 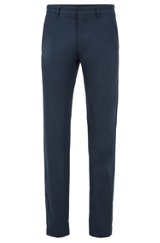 Meet all the BOSS Golf Pros

At only 17, Byeong-Hun An became the youngest ever winner of the US Amateur Championship. In 2015, An lived up to his reputation as one of the game’s rising stars, winning the BMW PGA Championship at Wentworth, Europe’s biggest tournament. He then went on to finish the year ranked inside the world’s top 30 – quite a performance for his debut season on the European Tour.

The German prodigy made history in 2015 by winning the GANT Open in Finland at the age of only 17, making him the youngest ever European Challenge Tour winner. Foos, who also broke numerous records in the junior ranks, led from start to finish to claim an astonishing win. His undeniable talent makes him one to watch for the future.

This talented young player from Austria has made a name for himself, particularly in the USA. In 2016, he helped Europe to win the Palmer Cup and ended his amateur career as the best European player in the world. In his first professional season, Schwab took part in the European Tour, which he completed with impressive results.

At just 16, Belgian player Detry won the Dutch Junior Open and, a year later, was chosen to take part in the Junior Ryder Cup. In 2014 and 2015, Detry represented Europe at the renowned Palmer Cup, showing huge promise. He won his first professional tournament, the Challenge Tour, while also breaking a record. He followed this ranking top 3 at the BMW International Open, the KLM Open and the Turkish Airline Open. But his career highlight so far: his win for Belgium at the 2018 World Cup of Golf.

At just 22 years of age, Sean Crocker is one of the youngest golfers sponsored by HUGO BOSS. He proved his outstanding talent in 2018 when he qualified for the oldest golf tournament in the world - The Open - in his first year as a professional.

BOSS dresses the best. See the prestigious football clubs who wear BOSS to keep them looking sharp for engagements off the pitch. Discover interviews with top players and shop the looks worn by Europe's most successful clubs.

Innovation drives HUGO BOSS, so we are proud to partner with Formula E, the electric street racing series

The partnership between Alex Thomson and HUGO BOSS has been truly unforgettable, with even more to come. Explore the exciting world of sailing.

Go to wishlist
Welcome back!
We have new personal recommendations
for you…
Shop now